Pushkala Gopal obtained her BA Honours degree in Mathematics and Economics in 1974. She was awarded a postgraduate diploma in Bharatanatyam in 1977 by the Ministry of Education, India. In 1983, Pushkala was awarded the British council Fellowship and spent a year at Trent Park studying western techniques of theatre, dance and education. She has pioneered several education projects nationally. Pushkala makes regular appearances in Master classes, lectures and performances in India and other parts of the world. Since 1977, she has worked as a freelance performer, lecturer teacher, choreographer, writer, consultant, and composer.

Production, performance and touring of dance theatre work including Adventures of Mowgli and Return of Spring as Artistic Director of Akademi 1985-87

As Director of Mudralaya, created and performed in Tapestry of Tales, Beauty and the Beast, Twilight, Taming of the Shrew, Shanti and Secret of Life

Featured in several performances at the Nehru Centre

Taught regularly at summer schools in US and Europe.

Assistant Director in Academi’s Coming of Age project at the South Bank Center, 2001

Played an active role in formulating Bharatanatyam syllabus for ISTD

National Scholarship for Advanced training in Bharatanatyam, Ministry of Education, 1975

Congratulations for winning the Art Council and Milap Fest award for Distinguished services in the field of Bharatanatyam, 2015 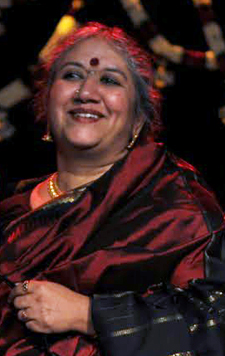